Each month, we present you a portrait of one of our female employees and take a closer look at her roles in our tech company.

We start with Lena Faßbender. Since April 2018, she enriches envelio as our first female employee.

As a graduate Industrial Engineer (RWTH-Aachen) with a focus on Electrical Power Engineering, she is very familiar with our industry. As a balance to her work, she enjoys sports, cooking, reading and traveling.

Why did you choose to work the tech industry?
I have always been interested in the fields of languages and technology. Career opportunities in the tech field seemed more interesting, so I decided to go down the path of Electrical Engineering. Also, I wanted to do something in a field where it is about solving future issues. Among a few other topics, that for me is the success of the energy transition. During a power plant excursion organized by my university, I realized that I had made the right choice. I was simply thrilled to see the huge plants and to walk through such large power plants as a “small person”! I was lucky enough to do this for the second time when a scholarship allowed me to go to the sea in Rügen and visit an offshore wind farm. You don’t get this impressive opportunity every day. It was at this time that I became aware of envelio, as a friend of mine was writing his master’s thesis there.

How would you describe the corporate culture at envelio?
In my opinion, envelio is a pioneer for diversity and equality in companies. There is good cohesion between the colleagues. Our team is characterized by cultural diversity and we have very open interactions. We all work for one vision: the success of the energy transition. That unites us. Women are equal to men at envelio. Bringing in ideas and contributing to the company’s success is equally desired by everyone. As a startup, no old role models are represented here and there is openness for new things.

At envelio, we are constantly developing and our product is growing as a result. Compared to when I started working as the only woman, the way we interact at work has changed more and more. I am very pleased that more women are now working at envelio. In addition, we have had a very good and open feedback culture since our HR team was established.

Why are you a benefit to envelio and the tech industry in general?
I am committed to team cohesion and the promotion of multiculturalism. Many of my creative ideas have already been implemented and enrich our company today. I also enjoy helping to organize social events.

Do you have women as role models?
My great role model, since childhood, is Pippi Longstocking. She is strong and not afraid. Nowadays, I admire strong women in the tech sector who have won a Nobel Prize, for example. I find biographies like that of Angela Merkel, with a doctorate in physics, or that of the first female astronaut, Sally Kristen Ride, exciting.

What are the challenges of being a woman in tech?
Many men are not aware that this industry is a male domain. Because they are not in the minority, they sometimes notice gender-related injustices less.

At envelio, however, men stand up for equality and there is an egalitarian culture and a zero-tolerance policy towards discrimination. Even though more and more companies are placing greater emphasis on equality and diversity, their existence is not yet a given.

I have often observed that in the male-dominated world of technology, women automatically adapt in order to fit in. I already noticed this during my studies. Above all, this applies to nonverbal communication, general appearance, and style of dress.

What needs to change for more women to succeed in tech?
Create more awareness of the unequal relationship between men and women. It is important that men also stand up for equal rights for women. This should already be addressed in kindergartens and schools. It would also be good to create more networking opportunities for women in tech. In many companies, seminars for managers on equal rights would certainly also be helpful.

Women in leadership positions and diverse teams in general can have a positive impact on the corporate climate, in my opinion.

Click the play button and get to know Lena in a short video!

Would you like to become part of envelio? Then take a look at our careers page.
If you have any questions, you can also contact our People & Organization team directly: 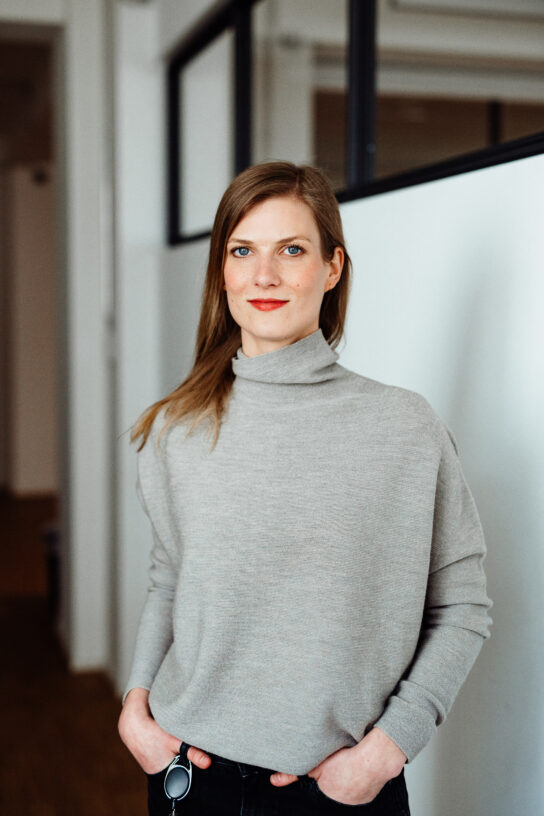